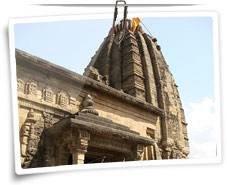 The Home Of Gods

Located on the bank of the Betwa river offering great views of the Lalitpur hills in Jharkhand, Deogarh is visited by devotees from across the country. Holding great religious importance for the Hindus, Deoghar means the 'Home of Gods'. Deogarh is both a pilgrimage and a holiday center. The fame of Deoghar lies in its group of 22 temples dedicated to Lord Shiva. The ruins of the Buddhist monasteries can also be seen here.

Sprawling over a large area, the Baidyanath Temple is dedicated to Lord Shiva. The temple complex houses twenty two temples whose architecture is impressive. The Baidyanath Temple houses a Shiva Lingam, which is slightly broken. The legend goes that the Shiva Lingam chipped off when the demon king Ravana tried to remove it. There is a charming lake near the temple, Sivaganga lake.

The Chandrakoop Well is a famous attraction of Deogarh. It is said that it was built by king Ravana and was sanctified with water from many 'tirthams'.

Deoghar is also a home to some of the fascinating Jain Temples. There are around 31 Jain temples here, which are located inside the fort of Kanali on the beautiful hills. The carved panels of the temples depict scenes from Jain mythology.

The Deogarh Museum houses a rich collection of sculptures.

It is a beautiful temple dedicated to Lord Vishnu. It is the earliest known Panchyatan temple in North India. The panels adorned with fabulous sculptures are quite notable. The door leading to the main shrine are meticulously carved. The architectural beauty of this temple is truly praiseworthy.

Offering sheer scenic beauty, Trikut hill has fascinating caves and waterfalls. Trikut Hill is located at a distance of 16 km from Deogarh.

The nearest airport is at Gwalior, which is located 235 km from Deogarh.

Deogarh is well connected to the nearby places by road. Regular bus and taxi service make Deogarh easily accessible from the cities of Jharkhand.