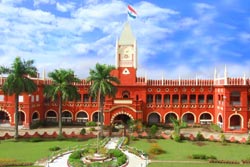 The tribal state of India, Odisha is all about nature vistas drenched into history. Visit here and get amazed by the incredible architecture of this state. Odisha houses some of the most pristine rivers, immaculate beaches, serene temples, foaming lakes and cascading waterfalls here which are enough to keep travellers hooked to this state forever. This is perhaps the best place to experience the vibrancy of tribal people leading a simple life away from the modern world. Foodies get to relish some of the newest flavours cooked using local ingredients in Odishan kitchens.

Here are the top places to visit in Odisha:

Often termed as the Temple city of India, Bhubaneswar, the capital of Odisha, brings to you a melange of ancient monuments and contemporary edifices. It is said that the city was once home to over 2000 temples. When Muslim invaders came to Bhubaneswar, many of them were destroyed. However, some of the prominent ones like Lingaraja temple still stand till date. Temples of Bhubaneswar flaunt a distinct Kalinga style of architecture. One can also spot numerous Buddhist sites here as the city once had influence of Ashoka who introduced Buddhism here after The Kalinga War. Some of the must visit temples of Bhubaneswar include Parasurameswara Temple, Mukteswar Temple, Lingaraja Temple and Astasambhu Siva Temples.

Cuttack is rightly called the business capital of Odisha. The city is the proud owner of some of the most ancient monuments like Barabati Fort built in the 14th century. Kataka Chandi Temple of Cuttack is also worth exploring due to its attractive Gajpati dynasty architecture. Those having keenness for wildlife must check out the Bhitarkanika Wildlife Sanctuary housing endangered and massive saltwater crocodiles, White crocodile, Indian Python, etc. History devotees can visit Netaji Birth Place Museum exhibiting photographs, antiquities and furniture which were once used the Bose Family.

Sambalpur is renowned for being blessed by the goddess Sambaleshwari as her shrine Samalai Gudi is here. Sambaleshwari temple holds great importance among religion enthusiasts. It was raised by Chauhans during the mid-16th century. Maa Ghanteswari Temple is another frequented spiritual place here where thousands of bells catch your attention. For spending some moments of peace, Pradhan Path Falls, around 100 km from Sambalpur, is a great place.

The ancient temple town of Puri is more popularly known as Jagannath Puri. The city has its mentions in the ancient Hindu texts of the Puranas. It is one of the seven holy cities in India and is a part of the Char Dham. The Jagannath Temple here is visited by uncountable pilgrims every year to seek the blessings of Lord Jagannath. The temple houses a wooden state of Lord Vishnu which is replaced every 12 years. Puri Ratha Yatra is an ideal time to visit this temple which showcases huge chariot march with music and dance. Puri Beach is the second most visited place in Puri where locals and travellers flock in good numbers. Other than these, one can also explore Gundicha Ghar Temple, Chilika Wildlife Sanctuary and Atharnala Bridge here.

The only thought of Konark evokes images of Sun Temple. This masterpiece was raised by King Narsimhadeva I of the Ganga Dynasty. Its construction flaunts shape of a chariot with pillars and wheel. Archaeological Site Museum of Konark brings you close to the Indian history with 4 different galleries exhibiting sculptures, paintings, manuscripts, etc. Konark houses a hidden gem called Kuruma located just 8 kilometres from the famous Sun Temple. This town has its mentions in several Buddhist texts from Asoka and Ceylon.

Rourkela is the second biggest city in the state flourishing with dense forests and some remarkable looking temples. Its list of spiritual places like Vedavyas Temple, Vaishno Devi Temple and Rani Sati Temple is fascinating. Darjeeng is a beautiful spot for the devotees of blissful nature and pristine ambience.

Odia cuisine is known for its healthy nature as less oil and less spice is used during the making process. Rice is the staple food of this region. Some of the commonly used ingredients include plantains, jackfruit, and papaya. Khichdi (main bhog to Lord Jagannath) is cooked in every household. Chungdi Malai (creamy prawn curry) is loved for its rich flavours and mild spices. Macha Ghanta is made by locals during Dussehra as a Prasad for Goddess Durga.  Chhena Poda, state’s very own cheesecake, is believed to be Lord Jagannath’s favourite sweet. Rasabali made with cardamoms soaked in flavoured milk is also served to deity during auspicious events.

The state gifts you with never ending range of mementoes and souvenirs. Pick from beautiful silver filigree work of Cuttack, gaily wall hangings from Pipli, elaborate paintings from Raghurajpur and woven fabrics from Sambalpur. Odisha is also known for textiles with Applique work, traditionally woven fabrics, Ikkat fabric and handcrafted items. Dhokra work on metal and wood also remains a must buy here.

The only airport of Odisha is in Bhubaneshwar from where numerous domestic flights are operated to cities like Kolkata, Delhi, Chennai and Hyderabad. Bhubaneshwar and Behrampore are the two railheads. Buses, mini buses, trains and cars are best ways to travel within the state.