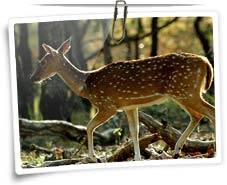 The Land Of Enchanting Creatures

Pench National Park is another famous wildlife destination of India, which invites tourists to experience the wilderness of nature at its best. Popular for its enchanting creatures, tigers, the Park sprawls over an area of 275 sq km, out of which 10% part of the Park is in Maharashtra and 90% region of the Park is in Madhya Pradesh. The vegetation of the Park consists of the deciduous forests. The Park was declared a reserve forest in the year 1929 and was declared a wildlife sanctuary in 1977. The title of a National Park was conferred on it in 1983 and later the Park was declared the Project Tiger in 1992.

Browse through the Pench National Park either on an elephant safari or a jeep safari.

Although there are several other hotels near the Park but the best one is the Kipling's Court. And in case you want to live inside the jungle then Pench Resort inside the Park is an amazing accommodation option available here.

Nagpur is the nearest airport, which connects the Park with the major cities like Delhi, Nagpur and Mumbai.

Nagpur is the nearest railway station connecting the Park to the main cities of Madhya Pradesh.

The Park is connected to almost all the major cities in Madhya Pradesh by road.