Drunk On Wildlife- Come To Mudumalai! 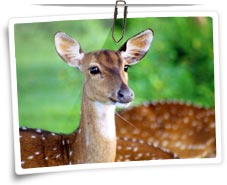 Nestled in the picturesque surroundings, holding a treasure of wildlife and famed the world over. That's Mudumalai Wildlife Sanctuary. It occupies a prized place on the list of India Wildlife destinations. Surrounded by beautiful hills, the Sanctuary is located on the northwestern side of the Nilgiri Hills (Blue Mountains) in Nilgiri district of enchanting Tamil Nadu. The charm of this Park attracts tourists from all over the world. It is one of the finest wildlife sanctuaries of India. It is a part of the Nilgiri Biosphere Reserve.

Covering an area of 321 sq km, the Park is also a Tiger Reserve. The Park is divided into five zones- Masinagudi, Thepakadu, Mudumalai, Kargudi and Nellakota.

Wildlife Inside the Park

From October to February

The Forest Department maintains several cottages inside the Forest. If you wish to stay there, then you have to make your bookings in advance. Accommodation around the Sanctuary is also available.

Coimbatore is the nearest airport, 161 km off Mudumalai.

Udhagamandalam (65 km) and Mysore (95 km) are the nearest railway stations.

Mudumalai National Park is easily accessible from the major cities of Tamil Nadu.